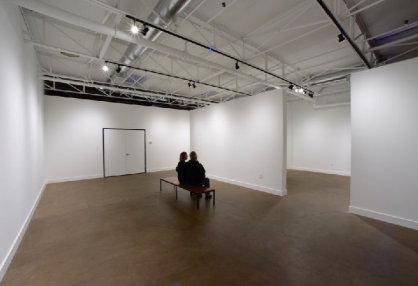 THE NEXT CHAPTER: 154 GLASS STREET

PDNB Gallery celebrates their new gallery location with a group exhibition of gallery artists. This show is dedicated to their creative spirit. Without their courageous imagination, we would not be celebrating our Next Chapter. Many of the artists will be attending the opening reception, including Bill Owens (California), Keith Carter
(Beaumont), Peter Brown (Houston), Philip Lamb (Dallas), Stuart Allen (San Antonio),William Greiner (Louisiana) and Bill Kennedy (Austin). The list of artists attending is increasing each day.

The Glass Street space is larger, with a dynamic ground floor gallery space, which leads upstairs to another gallery level. The location is west of Riverfront Blvd., across the street from The Dallas Contemporary. Other art galleries in the neighborhood west of Riverfront include Cris Worley, Holly Johnson, Circuit 12, SITE 131, and Sun to Moon Gallery.
Look for the large neon Playboy Bunny logo (by Richard Phillips) on Riverfront and Glass Street. PDNB Gallery is located nearby.