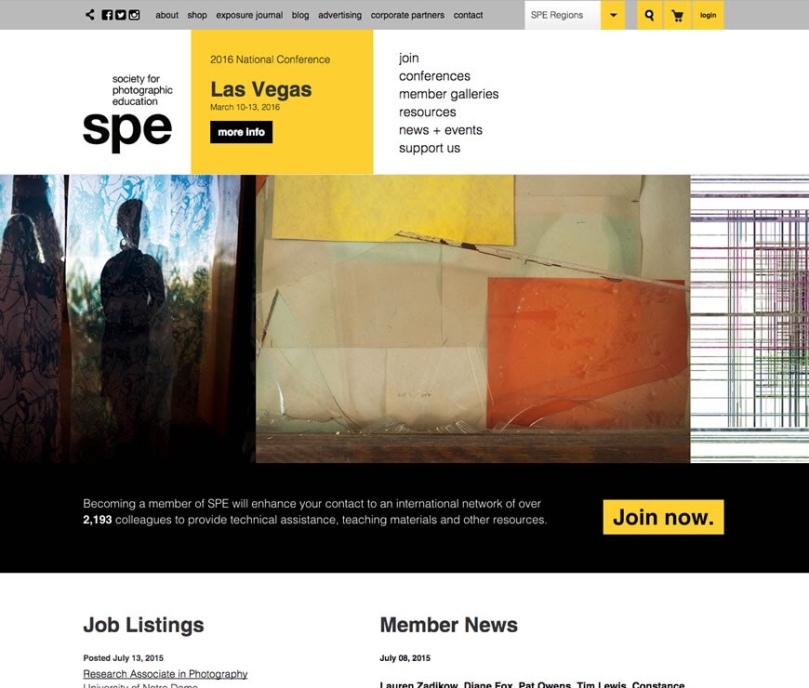 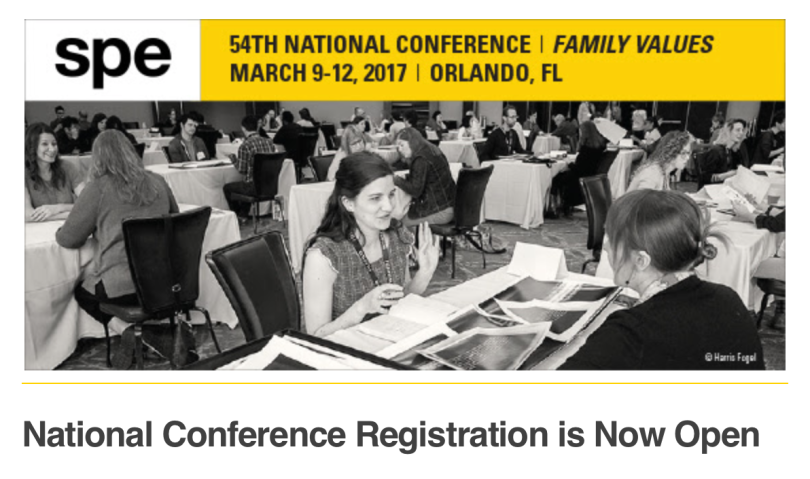 Registration is now open for SPE’s 54th National Conference, Family Values, to be held March 9 – 12, 2017, at the Hilton Orlando in Orlando, FL. Preview the conference schedule and register online today to qualify for early rate pricing! 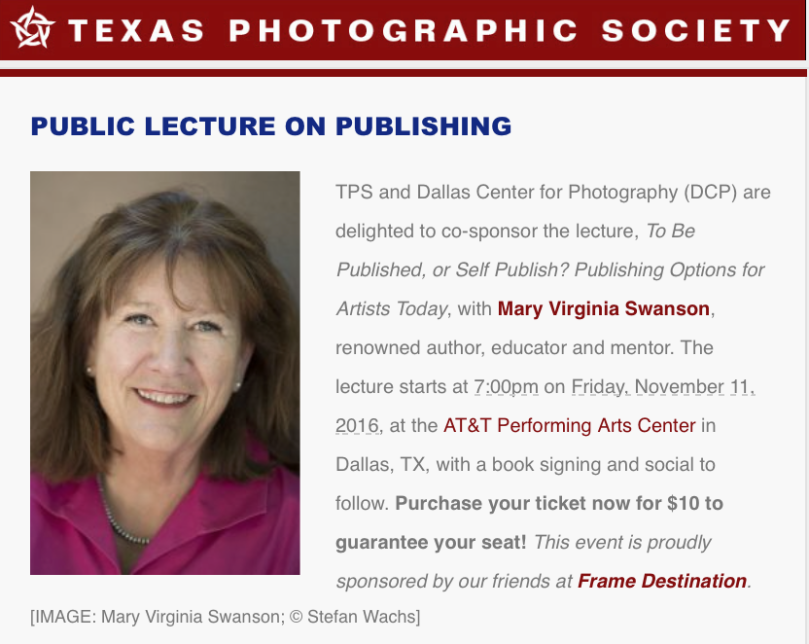 Texas Photographic Society has partnered with Dallas Center for Photography to present the lecture, To Be Published, or Self Publish? Publishing Options for Artists Today, with Mary Virginia Swanson at 7:00pm on Friday, November 11, 2016, at the AT&T Performing Arts Center in Dallas, TX. A book signing and social will follow. Also, we invite attending artists to bring examples of their personal photography books—anything from handmade to on-demand to print press—for display prior to the lecture. If you would like to share your book(s), please contact TPS Executive Director Amy Holmes George for more info. Tickets for the lecture are $10 and should be reserved in advance to guarantee your seat. 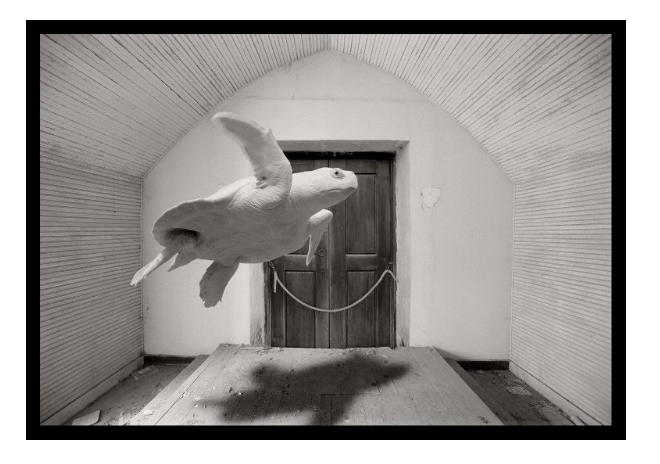 Texas Photographic Society and Dallas Center for Photography (DCP) jointly feature a special film screening of A Single Frame at 7:00pm on Thursday, November 3, 2016, at DCP in Dallas, TX. Producer Jeff Bowden will be present to moderate a subsequent Q&A session. View the film’s official trailer here. Tickets are $8 and may be purchased in advance to reserve your seat. Please read more below:

Join us in conversation at the Liliana Bloch Gallery to discuss Kathy Lovas’ solo show I’m So Gliché, her newest body of work created through malfunction, chat about the implied liberation from the historical perspective of monocular human vision, and converse on the translation of this idea into three dimensions. The event is free and open to the public.

After the program, Hernandez will be available to sign Discarded, a special-edition publication of his photographs (only 200 available through the Museum Store). The book is by Nazraeli Press and includes a short essay by John Rohrbach.

Reservations are required. Registration for this program opens March 1. Call 817.989.5030 or email visitors@cartermuseum.org to register.

This program is made possible by a gift from the late Anne Burnett Tandy.

The Jerusalem Film Workshop is a six-week hands-on course on filmmaking. Students learn how to operate professional cameras, edit video and work in a production team to create both fiction and documentary films. Our master classes offer a unique opportunity to network with Israel’s acclaimed producers and directors. Last year 22 young creatives from around the globe joined us from the US, Croatia, China, Argentina, etc. Each student shoots two films, which are screened during the Jerusalem Film Festival.
This year’s workshop will take place from June 12 – July 20, 2016. Registration is now open.
For more information: http://www.jerusalemfilmworkshop.com/#!blank/cc4s

December 8
“As ephemeral as our footprints were in the sand along the river, so also were those moments of childhood caught in the photographs. And so will be our family itself, our marriage, the children who enriched it, and the love that has carried us through so much. All this will be gone. What we hope will remain are these pictures telling our brief story, but what will last, beyond all of it, is the place.” — Sally Mann, Hold Still: A Memoir with Photographs

A Special Lecture by Sally Mann

Sally Mann, one of America’s most renowned photographers, recently released her much-anticipated memoir Hold Still (Little, Brown and Company) to high acclaim. Patricia Wall of the New York Times compares Mann with none other than Walker Evans, stating, “I held Evans’s writing in mind while reading Hold Still, the photographer Sally Mann’s weird, intense and uncommonly beautiful new memoir. Ms. Mann has got Evans’s gift for fine and offbeat declaration.” Wall closes her review with, “The best quality of Hold Still — a book that strikes me as an instant classic among Southern memoirs of the last 50 years — is its ambient sense of an original, come-as-you-are life that has been well lived and well observed. It’s a book that dials open the aperture on your own senses. Like the photographs she most admires, it is rooted in particulars yet has ‘some rudiment of the eternal in it.’”

For this special presentation, artist Sally Mann reads from Hold Still: A Memoir with Photographs.

Come early for a book signing at 6 pm. Pre-order your book here.

For the December 8 presentation, a limited number of tickets (limit two per person) will be available for purchase ($5) from 10 am until 4:45 pm the day of the lecture by calling 817.738.9215. Free admission tickets (limit two per person) are available at the Modern’s information desk beginning at 5 pm on the day of the lecture.

This popular series of lectures and presentations by artists, architects, historians, and critics is free and open to the public.

Lectures begin at 7 pm in the Museum’s auditorium. Seating begins at 6:30 pm and is limited to 250; a live broadcast of the presentations is shown in Café Modern for any additional guests.The museum galleries remain open until 7 pm on Tuesday evenings during the series (general admission applies).

Café Modern serves cocktails and appetizers on Tuesday nights until 7 pm during the lecture series.