Monochrome images of any subject matter you choose. Digital, traditional silver gelatin, and alternative process images are all welcome. Tillman Crane has agreed to jury this exhibition and we’re thrilled to have his enthusiastic eye. He will choose 40 photographs for exhibition in the gallery, and up to 35 additional for the gallery’s Online Annex. All exhibited and Annex photographs will be reproduced in the exhibition catalog. A gallery walk-through and workshop with Tillman Crane!
He’ll be reviewing the exhibition, live and in-person at PhotoPlace Gallery on August 28th. It is such a gift to have the juror on-site, sharing the meditations that inspired his decisions. If you’re one of those whose work is chosen by Tillman, you’ll have the unique benefit of hearing him discuss your work and that of your peers. This will be an Opening Reception and an opportunity not to miss! The next day, August 29th, Tillman will conduct a half-day workshop in and around our home town of Middlebury, Vermont. Details on the workshop to be announced.

Until July 1, submit up to TEN photographs for $30, $7 for each additional.

Tillman Crane began his career in 1978 as a photojournalist for The Maryville Daily Times. Ten years later, he began to teach his craft. While platinum/palladium photographs remain his passion, he was quick to integrate digital vocabulary into his practice. As the medium continues to evolve and Tillman along with it, the content of the artist’s images has remained constant—the ordinary, found in the everyday environments that surround him.
Tillman’s workshops are offered across the globe, from the Erie Canal to China. He teaches location-based curriculum where he is able to share his appreciation for translating the found into successful images, and also the art of platinum printing, to showcase one’s vision through hand-made prints.

For inspiration from Tillman’s portfolios, look for his limited edition books: Tillman Crane/Structure (2001), Touchstones (2005), Odin Stone (2008), and A Walk Along the Jordan (2009).  His work is included in several books on contemporary photography, as well as in collections worldwide. And if you’re in the Camden, Maine area, stop by his gallery at 22 Pearl Street, to see his latest masterful platinum/palladium prints.

Congratulations to Heather Ross for having her artwork, Parallel Universe, selected by Dr. David Coleman, Director of the Wittliff Collections at Texas State University in San Marcos, TX, for the  TPS 24: The International Competition.

TPS 24 will also travel to the San Antonio Public Library during FotoSeptiembre in the fall, followed by The Center for Contemporary Arts in Abilene.

Congratulations to Allison Jarek for having her series, Hallowed Ground, featured in the March / April 2015 issue. To view this publication, visit www.sxsemagazine.com.

South x Southeast photomagazine brings you everything about fine art photography in the American Southeast. From gallery shows to museum exhibitions, book reviews, photo festivals, the best of the blogs written about Southern photography, interviews with gallery directors, photographers, museum curators and collectors of the South, along with articles and galleries of 9 – 12 featured artists. From Miami to Washington, Dallas to Savannah, we’ve got you covered.

SXSE comes to you bimonthly online and in print.

Allison received her BFA in Photography from the Savannah College of Art and Design in the spring of 2011 and is currently an MFA Candidate in Visual Arts, Photography Concentration at Texas Woman’s University. 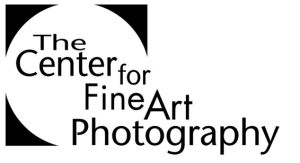 For More Information about the Black & White Call For Entries, click here.

Congratulations to Heather Ross for having her photograph, To the End, selected by Shea Little, exhibition juror, to be included in the Rockport Center for the Arts’ 2015 Rising Eyes of Texas exhibition in Rockport, Texas. Exhibition dates are March 14 – April 4, 2015.

Congratulations to Allison Jarek for having her artwork, Untitled, elected by April Watson, juror for the exhibition, to be included in the 14th Annual Joyce Elaine Grant Photography Exhibition. The exhibition is at Texas Woman’s University East | West Galleries from February 11 – March 13, 2015.

Allison received her BFA in Photography from the Savannah College of Art and Design in the spring of 2011 and is currently an MFA Candidate in Visual Arts, Photography Concentration at Texas Woman’s University.

Congratulations to Heather Ross for having her artwork, Moving Through Time, elected by Susan Roth Romans and Jordan Roth, jurors for the exhibition, to be included in the 500X Student EXPO 2015. The exhibition is at 500X Gallery in Dallas, TX from February 14 – March 8, 2015.